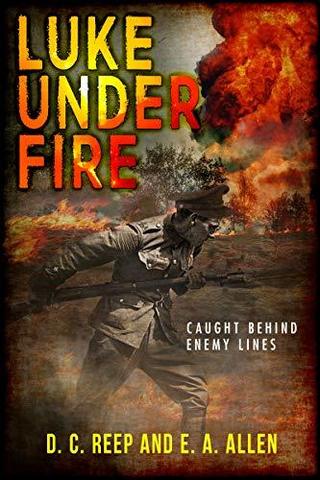 "My insides are twisted into a knot, and every artillery blast tightens the knot so I can hardly breathe. Nobody said anything about a war when cousin Charley and I signed up with the army. Thought we'd see the world—have an adventure. Now, I'm lying on the ground, aiming my rifle across an empty field, waiting. We'll be in a battle with the German army any minute. I'm a good shot. At home in Michigan, I won a trophy at our county fair. But I've never shot at a man."

To avoid a fight that could hurt his family, 17-year-old Luke Sawyer leaves his Michigan home to visit his British cousin Charley. Looking for adventure in distant places, the two impulsively enlist in the British army.  But in August 1914, World War 1 explodes, sending the young soldiers into the first major battle of the conflict. Luke's regiment waits near the French border while the German army advances. Outnumbered and ordered to "resist to the end," Luke and his company face death on a roaring battlefield. Captured, the few survivors plot to escape their German prison and reach neutral Holland. In his desperate race through enemy territory, Luke must rely on his instincts and courage to survive.  A gripping story of young soldiers from the writers of The Dangerous Summer of Jesse Turner.

"Gripping and Fast-Paced! I enjoyed this tale of an ordinary kid who signed up to fight in WW1 on a lark. The authors do a great job of capturing the gritty grind of battle and then the tense, desperate slog to try to escape capture and probable death at the hands of the enemy."  Goodreads Reviewer

"I was so captivated that I couldn't put it down. Each sentence keeps you reading for more, and each chapter is hard to not look ahead and then find yourself in the next chapter before you realize it. I believe this would be interesting to any audience. I enjoyed the history but the story is what kept me reading."  Amazon Reviewer 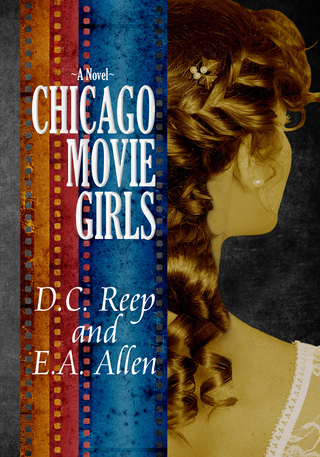 Three sisters in 1914 fight for success in Chicago's early movie industry, but face betrayal and danger. When Rae Kelly picks a pocket, the empty wallet contains only a list of mysterious numbers. After Lukas Krantz, a local gangster, buys the wallet and paper, he gives Rae and her two sisters an entry into RidgeW Pictures, where Matt Ridgewood struggles to make his studio competitive. Sensible Rae lies about her age to star as a child adventurer. Gorgeous Lily plays a sweet heroine in westerns while aiming for a rich society husband. Reckless Delia abandons her farmer-husband and takes off her clothes for the camera. Loyal to each other, the sisters struggle with misplaced passions, deception, looming World War I, and even murder.

"Betrayal, jealousy, and lovesick suitors power a fast-moving plot with several twists and turns, and murder provides a dollop of mayhem to further animate the story. The intriguing early years of filmmaking combined with the rich Chicago setting make this satisfying entertainment." Publishers Weekly

"Brings to life [silent movies] before California was the center of filmmaking." Akron Beacon Journal

"I binge read most of it in two days. This book is amazing . . . three sisters from no-where-ville making it in Chicago's silent film industry." Goodreads Reviewer

"I just really enjoyed this book. Period. I especially liked the character Rae, but her sister Lilly was also far more complex then at first expected. Mistakes are made, adventures are had, and the reader has an entertaining time reading this book." Amazon Reviewer 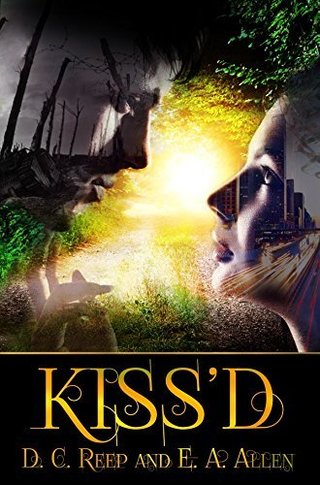 Jenny Tyler doesn't believe in ghosts, but her recent concussion gives her strange visions. Her aunt's séances to reach the dead produce even more odd sensations. After a séance, Jenny meets a ghost soldier who says he needs help and, with a kiss, takes her to 1914 Belgium during the invasion by Germany at the start of World War I. Hurtled through time, Jenny relies on her courage to survive constant danger in an unfamiliar world. When she finds Jack, a Canadian in the British army, trapped behind enemy lines with a wounded comrade, she recognizes her ghost soldier. At risk of being captured and shot, the three teens struggle to evade enemy soldiers, outwit attempted betrayal, and reach neutral Holland. Falling in love with Jack, Jenny realizes she is reliving an adventure and a romance from a past life.

"[The authors] vividly portray the historical moment and keep tension levels high through a series of perilous encounters . . . readers intrigued by the idea of past-life loves should . . . be intrigued by this girl-meets-ghost story." Publishers Weekly.

"The authors have cast the whole story in a lean, well-done present-tense narrative that is very gripping right from the earliest pages. The period details of the war are effectively grim, but the research never slows down the central story. A lean and moving story." Historical Novel Society

"I enjoyed the love story between Jenny and Jack . . . . The elements of supernatural and history were fascinating." Goodreads Reviewer

"I love time travel books and time travel romances, so this book was right up my alley. I also loved how WWI was included and was realistic and bloody and amazing."  Goodreads Reviewer

"Excellent read. Vivid details. Kept me reading. Loved the first account details of how it felt to be a part of a WW1 but also loved the romance between Jenny and Jack. Kept me wondering what was going to happen next. Would love to see this turned into a movie. The vivid details made me feel like I was there." Amazon Reviewer

The Dangerous Summer of Jessie Turner 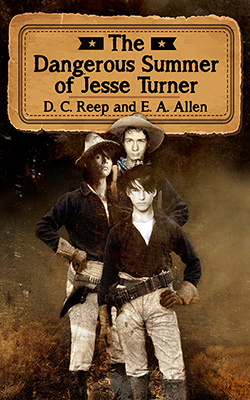 In Cuba with Teddy Roosevelt and the Rough Riders.

Sixteen-year-old Jesse Turner from Liberty, Missouri, lies about his age and joins Colonel Theodore Roosevelt's Rough Riders on their way to fight the Spanish in Cuba in 1898. Jesse has volunteered "to do the right thing" as compensation for his father's outlaw life and to prove he is not like his father. In the Rough Riders, Jesse makes two close friends—New Yorker Will and Ben, a Comanche from the Indian Territories. Soon, Jesse finds the Spanish are not the only enemy he must face.  Ike Dillon, another Rough Rider, is determined to get revenge for a murder committed by Jesse's father. Jesse and his pals share the adventures of a volunteer military force unprepared for war and the reality of deadly combat when they reach Cuba. Facing dangers from all sides, the three teens depend on friendship, courage, and integrity to get them through the bloody battles of the Spanish-American War.

"It's 1898, and 16-year-old Jesse Turner is eager to escape his reputation as the son of an outlaw who ran with the likes of Jesse James. In hopes of proving he is nobler than his father, Jesse leaves Missouri to join the Rough Riders, led by Theodore Roosevelt, who are enroute to Cuba to fight in the Spanish-American War . . . Reep and Allen introduce an earnest underdog in Jesse and carry the story briskly forward through detailed descriptions of the daily travails and bloodshed of war. Jesse's easygoing first-person narrative keeps the tone light, yet the authors don't avoid gritty details of the Rough Riders' experiences, including lice infestations, spoiled meat, and crabs swarming over fallen soldiers in the jungles of Cuba. Readers drawn toward war stories will find characters worth investing in with this vivid historical outing; an endnote touches on the real-life figures that appear in the novel, as well as the authors' sources." Publishers Weekly

"Reep and Allen follow these . . . vibrantly-drawn characters through the tedium and terror of military life, from camp intrigues to the heat of battle – and of course meeting the Colonel himself." Historical Novel Society

"The book is suggested for teens . . . but older readers will find it exciting and realistic." Akron Beacon Journal

"I enjoyed this book tremendously! Jesse Turner is a teenager who decides to throw his lot in with Teddy Roosevelt's Rough Riders during his Cuban campaign. Set against the horrors and deprivations of war, Jesse and his new friends face dangers from the enemy as well as closer to home. Reep tells a tense, rollicking tale that stays with the reader long after the last page. Highly recommended." Amazon Reviewer